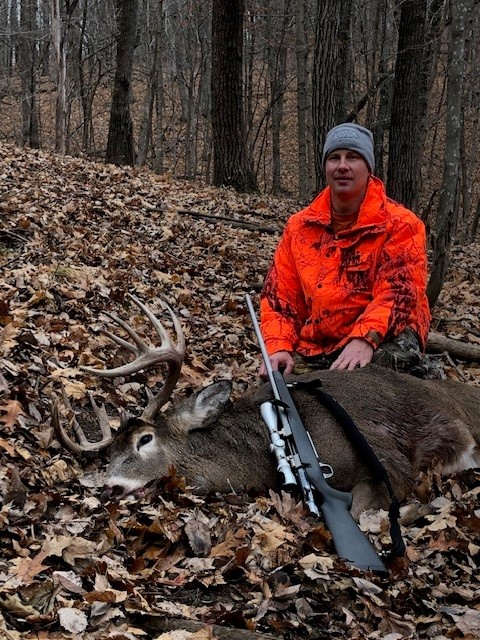 Conrad Oehrlein joined us in August as our new Safety Coordinator. He started working in construction after graduating high school in 2003. In spring of 2007, he was hired by a large union general contractor. Conrad worked as a Carpenter and a Laborer on a variety of projects in commercial and industrial sectors. In 2015, he transitioned into his current career path in Safety.
Conrad says what attracted him to Ulland Brothers was that the work being primarily based within the state boundaries and outside of metro area was very appealing. This gives him an opportunity to return home most days without contending with vehicle traffic of populated areas. Another draw was the company’s long existence, and its size provides a closer atmosphere opposed to nationwide contractor.
So far Conrad is very impressed with all aspects of the company, but a few things really seem to stand out. Most notable is the genuine kindness and acceptance displayed by employees. The professionalism and teamwork has shown him why this has and will continue to be such a successful business. He says he is looking forward to learning more about all areas of the company so he can contribute to future achievements.
Conrad has an identical twin brother and one older brother. He married his wife Heidi in 2011. They have a very spoiled miniature dachshund named Jerry Dean.
Conrad enjoys nearly everything related to the outdoors and dedicates most of his free time to outdoor activities. His primary passion is hunting whitetail deer, but also hunts as many small game species and predators that time allows. Year-round fishing is another favorite. His other interests include music, sports, land improvement and habitat development, gardening, camping and BBQ.
Welcome to our Ulland family, Conrad! We look forward to seeing you on jobsites throughout the company!